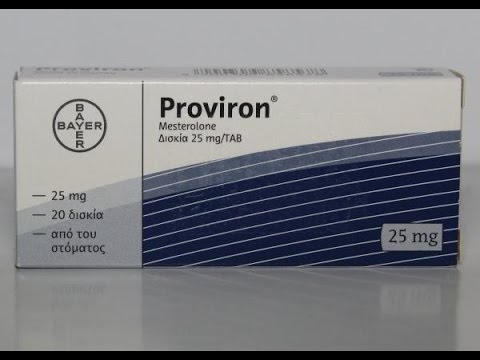 Mesterolone is a hormonal androgenic drug, better known under the brand name Proviron. The form of release – packing of 20 tablets, on 25 mg / tab. Often, proviron is used in bodybuilding on the course together with various anabolic steroids. Mesterolone is a rather weak aromatase inhibitor, but still prevents estrogenic manifestations. Long-term practice shows that he is practically incapable of suppressing gynecomastia, the formation of fatty deposits by the female type, and other effects of aromatization. 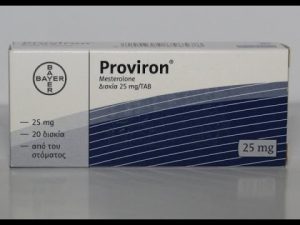 Proviron does not affect the body’s production of testosterone, but at the same time increases the concentration of the “test” in the blood by activating the globulin that binds the sex hormones. Due to this property, the steroid Proviron is a welcome remedy during the AAS course. No less often the drug is used as PCT, although not all of them consider it appropriate because of the lack of the ability to restore the secretion of their own testosterone.

How to Take Proviron

The Proviron course is not used solo. Usually, the steroid is used in mixed courses with other AAS as an anti-estrogen. The choice in such moments, as a rule, is between Tamoxifen and Proviron. The first agent, although it blocks the activity of estrogen receptors, does not interfere with their formation. Tamoxifen, given its ability to stimulate the production of its own testosterone, is able to influence the pituitary gland, as well as reduce the anabolic activity of AACs in parallel. That is why it is adopted only during the period of PCT. Proviron, on the contrary, is the prerogative of a course of steroids.

As for how to take Proviron, the medication is usually used from the second week of the course at a dosage of 50 milligrams, in conjunction with aromatase inhibitors. But in 2-3 weeks after the completion of the course Tamoxifen is connected in a dosage of up to 20 milligrams daily.