PCT or post-course therapy, it is customary to refer to the use of various kinds of sports nutrition, pharmacological drugs that help reduce the damage of steroids, and the frequency of side effects from the use of anabolic drugs.

Every athlete who cares about his health, his liver and the reproductive system should be aware that the use of strong, hormonal drugs (anabolic-androgenic steroids) can cause irreparable harm to the body, with homeless use of them, so it is very important to know, what are the ways to minimize side effects, negative consequences, when using different steroids, in large and small dosages.

And now specifically, let’s list what positive effects you will get with a correctly conducted PCT:

1. Maximum preservation of the result (strength and muscle mass), with a minimal phenomenon of rollback

3. Prevention of gynecomastia (aromatization of testosterone in estradiol)

4. Stimulation of testicles’ production of testosterone, that is, prevention of egg atrophy

5. Exceptions (decreases) in the development of other side effects associated with the use of anabolic steroids

Antiestrogens are substances that inhibit or inhibit the conversion (conversion) of testosterone into female sex hormones-estrogens.

To divide antiestrogens, in principle into two types, the first of which is inhibitors or blockers of aromatase (used to treat, prevent gynecomastia, reduce the concentration in the blood of estrogens, increase testosterone levels and gonadotropic hormones). Aromatase inhibitors are used for drugs that are flavored, that is, for testosterone, sustanone, danabol, boldenone and halotestin, the last two steroids are converted to estrogens to a much lesser extent. Aromatase inhibitors include such drugs as letrozole, anastrozole and others, natural sources of aromatase blockers – caffeine, zinc, erodiktiol, apigenin, catechins, nicotine, resveratrol.

The next class of antiestrogens are estrogen receptor blockers, they are used on the course, and after a course of absolutely any complexity, combination and dosage. The blockers of estrogen receptors include, first of all, tamoxifen, clomid and torimiphene, the latter is applied for about 2-3 weeks, after you have “peeled off” the course. That is, the above drugs, getting into the body, reduce the concentration, or reduce (block) the activity of estrogen receptors, to the estrogen formed in the body (from testosterone) (on this basis all drugs for the treatment of breast cancer in women are based).

The next main component of PCT is the chorionic gonadotropin, a hormone that is produced by the placenta during pregnancy (it is excreted unchanged in urine, followed by extraction and purification). Chorionic gonadotropin, used in bodybuilding to prevent testicular atrophy, that is, it stimulates the development of spermatozoa and the production of sex hormones by eggs. It is used during a severe steroid course (6 weeks or more), at 2-4 weeks, or at the end for 3-5 weeks, then smoothly pass to blockers of estrogen receptors.

Cabergoline, a drug used by bodybuilders to slow the production of prolactin (lactotropic, “stress” hormone responsible for the production of milk in women). Use this pharma is useful for progestin drugs, that is, for retabolil and trenbolone, as they increase the secretion of prolactin, which can lead to a decrease in libido, fluid accumulation. Typically, the use of cabergoline is limited to a dosage of 0.25 mg (every 4 days) throughout the anabolic course.

Sports nutrition as a PCT (as an add-on)

Apply mainly to maintain, increase the natural (natural) level of testosterone, that is, to normalize the hormonal system, increase strength, stimulate muscle growth. Admission of this sports nutrition is at the end of the course (after the abolition of steroids) and lasts 2-3 weeks, with a smooth lowering of dosages. In the sports market, the best of the testosterone boosters are Tribulus terrestris, Agmatin, Forscolin.

Medicines that are designed to protect the liver from the destructive effects of anabolics (mainly from steroids that contain a 17 alpha-alkyl group). Applied during the steroid course, and after the course (about 3 weeks after the end). The best of them are Heptral, Karsil, Legalon, Essentiale, Alpha-lipoic acid, Arginine.

Note that hepatoprotectors in the West are not common among athletes taking steroids, and they have poor evidentiary efficacy. Therefore, do not rely heavily on them for liver damage, or to protect it, it will be much more appropriate to make an adequate steroid course adequate to your health. 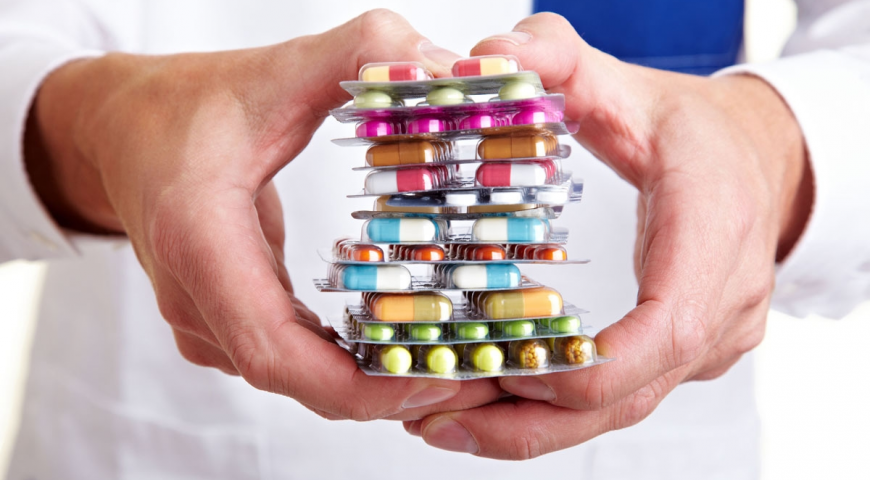 Natural, or natural compounds, whose molecules consist of two or more amino acid residues, connected by amide (peptide) bonds (this is scientifically), and if by simple, it is stimulants (increase the concentration 7-15 times) of growth hormone, namely this property of peptides is interesting for bodybuilding. Apply peptides, respectively, for the same reasons as the growth hormone. Peptides are administered from the beginning of the steroid course, and until the end of post-course therapy.

Peptides are much cheaper than growth hormone, so they are used much more often. The best peptides that you can meet on the market: GHRP-6, GHRP-2, Ipamorelin, Sermorelin, CJC-1295, HGH Frag (176-191).

Sports nutrition, which keeps muscles, protects them from the damaging effects of the catabolic hormone cortisol. But, after the abolition of steroids, cortisol blockers are usually ineffective, but nevertheless, the mandatory intake should be both on time and after (within 3-4 weeks).

The above drugs, components of post-course therapy, can complement each other, that is, they are compatible. Prohormones, should not be taken as a means of PCT, as when ingested, they are converted all into the same testosterone.