We will try to explain to you, quite easily, the effect of anabolic steroids on the athlete’s body, the whole truth, as it really is.

This article is designed to protect people from deceitful information spreading on the Internet, on TV or elsewhere, about anabolic steroids.

The androgenic effect carries the negative side of testosterone, that is, all the side effects such as the development of secondary sexual characteristics, aggression, low voice, sexual attraction, the development of genital organs, and hairiness are associated with it. The anabolic effect of steroids is associated with an increase in muscle mass, that is, activation of muscle growth due to the synthesis of proteins in muscle cells.

The history of the discovery of anabolic steroids

In the first, anabolic steroid was obtained by the German biochemist Adolf Butenandt in 1931, he managed to extract 15 mg of androstenone from 10,000 l of urine.

A little later, Nazi Germany, the Netherlands and Switzerland, combining their efforts in the field of obtaining anabolic steroids, extracts from the extract of testicles an animal more powerful component, crystalline testosterone.

During the military operations in Germany, anabolic steroids were experimenting with prisoners, as are rumors that Hitler used steroids in the form of injections, according to his personal doctor. According to unconfirmed reports, the Nazis used steroids for aggression, and increased the endurance of soldiers. Other countries used AAS to restore the health of soldiers who were released from captivity.

Since 1940, steroids have begun to enter actively into the sporting life of the society, for example, the success of the USSR national weightlifting team made the US team doctor actively cooperate with chemists, in order to obtain an anabolic steroid that had minimal androgenic activity, while at the same time maximizing anabolic action , as a result, methandrostenolone was obtained. In 1956, the Directorate for Supervision of Medicines and Food Products (FDA) fully endorses the legal use of the new drug. First of all, methandrostenolone was released for tissue regeneration and regeneration in the post-burn period, as well as for pensioners, instead this steroid begins to be widely used in bodybuilding and other power sports, and in large, uncontrolled doses. As a result, mass infertility begins, and prostate hypertrophy in athletes. In 1976, the International Olympic Committee (IOC) prohibits the use of any anabolic steroids, and from this moment begins the era of hunting for athletes using so-called doping. As you can see, the thoughtless, unjustified, absolutely uncontrolled use of anabolic-androgenic steroids has led to disastrous consequences, and as a consequence, the contamination of any mention of potent drugs such as steroids.

If you use testosterone in its natural form, it will quickly start to be excreted from the body, due to the fact that the half-life in the body is only 10 minutes. In addition, every ten minutes, exactly half of what is left will be excreted from the body, and after one hour nothing will remain, as you see the use of testosterone in its natural form is extremely ineffective. You can certainly put an injection into the muscle, which will lead to an increase in the duration of testosterone on the body, exactly nine hours, but this is not enough to feel at least some effect on the body. Therefore, before the scientists, the task was set to make testosterone, so that it could effectively act on orgasm. The solution to this problem was ingenious, chemists created derivatives of testosterone molecules, 17-alpha-alkylate and 1-methyl (to prevent destruction in the liver, thus making the use of steroids orally, as tablets), 17-beta ether (injection , is soluble in fats, thus accumulating in tissues, as a consequence, the duration of action is increased to two months). Thus, to date, absolutely all steroids differ only in the variation of the above derivatives of the testosterone molecule. 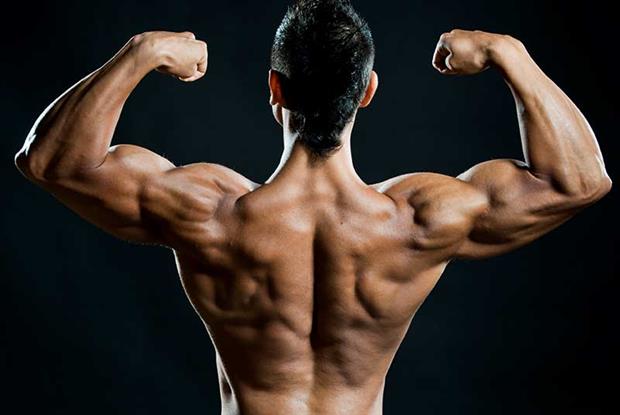 A similar effect on the body, from the use of anabolic-androgenic steroids is associated with their common ancestor, testosterone. Consideration of all the biochemical processes occurring in the body with the use of steroids does not make sense for bodybuilding, so consider only those moments that the athlete needs to know for more competent use of AAS.

The mechanism of action of steroids

Steroids taken in the form of injections, that is, intramuscularly immediately enter the blood taken orally, in tableted form, steroids, go through the gastrointestinal tract to the liver, there they completely or partially break down, or in its original state enter the blood.

The steroid molecule, in conjunction with the steroid receptor, is sent to the nucleus of the muscle cell, where it joins the DNA nucleic acid segments. That is, an imprint is made with DNA (transcription). Thus, a ribonucleic acid is created that begins to leave the cell nucleus, entering the cytoplasm, it joins the RNA located here, where the protein (proteins) from the amino acids on the RNA information matrix is ​​synthesized, using ribosomes (translation). So, not in a tricky way, in combination with training in the gym, muscle hypertrophy, muscle cell growth occurs.